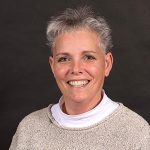 Sheri Benson is an active community volunteer serving in a number of volunteer roles in the Newton community. She is a past member of the Newton Community Schools’ Board of Education, and she has also served on the United Way Board, SCORE, the Newton Transformation Council, Pastoral Council of Sacred Heart Parish, OPEN Sister City and Jasper County Wellness Coalition. Broader volunteer activities include the Catholic Conference Board and the Board of Education for the Diocese of Davenport. Sheri holds a bachelor’s degree in liberal studies and a master’s degree in organizational leadership, both from the University of Oklahoma. 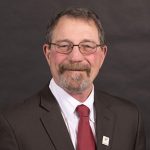 Steve Rose is a retired professor of education at Simpson College, where he coordinated the secondary education program, including teaching in the master of arts in teaching program. He was a member of the Simpson faculty for over 20 years. Prior to his time at Simpson, Steve was an education faculty member at Sterling College in Sterling, Kans., and he worked in the Lexington (Nebr.) Public Schools for 10 years. Steve holds a bachelor’s degree in English, education and sociology and a master’s degree in education, both from the University of Nebraska at Kearney. He earned his Ed.D. degree in administration, curriculum and instruction from the University of Nebraska at Lincoln. Steve is currently coordinating spoken word events in Central Iowa. 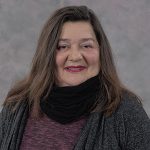 Margie Schwenk is retired from a 41-year career in education. During four decades of service, she was a middle school teacher, gifted and talented teacher/program director and director of curriculum and professional learning, all for the Coon Rapids-Bayard Community School District. Margie earned her master’s degree in educational leadership from Drake University, a bachelor’s degree in respiratory therapy and science from the College of St. Mary in Omaha and a bachelor’s degree in education and philosophy from Iowa State University. On a statewide basis, she served as an evaluator for the Regents Alternative Pathway to Iowa Licensure program and as a gifted and talented consultant and curriculum specialist. 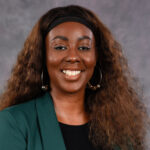 Tiara Mays is a graduate of Iowa State University with a bachelor of arts degree in psychology. She later continued her education and obtained a master of business administration degree from Purdue University Global. She currently works in managed care as a contract negotiator. Tiara serves as a board member for the Red Cross of Central Iowa and Investing in My Future, Inc. In addition, she is an undergraduate advisor for collegiate women through her sorority, Zeta Phi Beta Sorority, Inc. Tiara is also a published author with her book #TwinChronicals™: Adventures of Prince & Tiana and is a contributor for Autism Parenting Magazine. 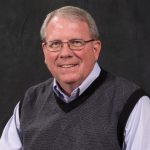 John Kinley has been an educator for 45 years, beginning as a high school social studies teacher, then spending 15 years as a middle school principal. He rounded out his career by serving as the superintendent at the South Hamilton, Hubbard-Radcliffe and Gilbert school districts for a combined 10 years. Since retirement, he served a one-year position as an interim co-principal at St. Cecilia School in Ames, and he is currently the director of the Story County Consortium, a partnership of Story County Schools to provide learning opportunities for the county’s high school students in career/technical education. He has also been a lecturer in the Iowa State University School of Education for over 20 years and has served on other community boards.

John holds a bachelor’s degree in distributed studies, a master’s degree in education administration and a superintendent certification, all from Iowa State University. 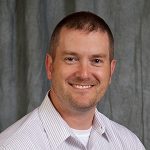 Pete Evans, AIA IDSA is an assistant professor in the Industrial Design department at Iowa State University with over 25 years of industry experience. Pete’s teaching, scholarship and research involve mixed reality (VR and AR) simulation, prototyping, design and communication; impacts of 21st-century skills on K-16 students and workforce; UXUI, HCI and human-centered design; phenomenology and perceptual cognition. He also founded and coordinates the FLEx (Forward Learning Experience) — a mobile design and STEM outreach program that has reached over 80,000 Iowa students and citizens since 2014. 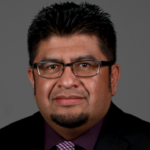 Alex Piedras has been the Director of Multicultural and Community Outreach at Grand View University since 2005 and is also a part-time mental health counselor at Ellipsis’ Hope Hall. He has 25 years of experience working in the Des Moines community for various non-profit organizations and is dedicated to issues of equity and inclusion. He currently serves on several boards and community organizations in Central Iowa. Alex earned a bachelor of arts degree in business administration from Grand View College and a master’s degree in mental health counseling from Drake University. 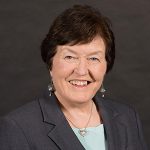 Margaret Borgen is a former middle school and high school teacher and director of an alternative high school. She also served on the Des Moines Public Schools’ Board of Education for nine years, and she is a past member of the Iowa Association of School Boards’ Board of Directors, having also served as the Board’s president. In previous years, she was the president of the Des Moines Council of PTAs and the Iowa PTA and was vice president of the National PTA. Margaret received her bachelor’s degree from North Dakota State University. 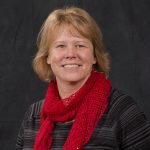 Elizabeth (Liz) Brennan is a current member of the West Des Moines Schools’ Board of Education and has served in many volunteer positions throughout the West Des Moines district. She serves on the Iowa Association of School Boards Board of Directors as the president-elect and is also a board member of BANK, a community bank based in eastern Iowa. Brennan graduated from St. Olaf College with a bachelor of arts degree in French and later earned her teaching degree, with an ESL endorsement, from the University of Iowa. She also earned her international diploma in early childhood teaching from Montessori Centre International. Liz is currently a preschool teacher at Montessori Children’s House in West Des Moines.